According to Ayurvedic science there are two main causes for depression-Imbalance in the three doshas such as Vata, Pitta, and Kapha.
Lack of awareness of one’s deeper, inner Self.

In Most of the depression cases, kapha imbalance is mainly seen. Initially the brain’s electrochemistry goes into an erratic overreaction by vata imbalance. This triggers a loss of enzymatic activity in the metabolism which establishes a pitta imbalance. Kapha acts by trying to let everything down, bringing in heaviness, darkness, and stagnation in mind. Eventually mind interprets this chain reactions as a negative message of hopelessness and leads to depression. 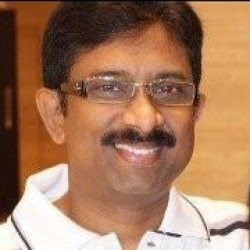 Dr. Mohan Babu
Dr.Mohan babu is the chief Physician at krishnendu ayurveda hospital. His eminence is the fourth generation descendant of Chingoli ayurveda family of physicians which hails from 19th century.